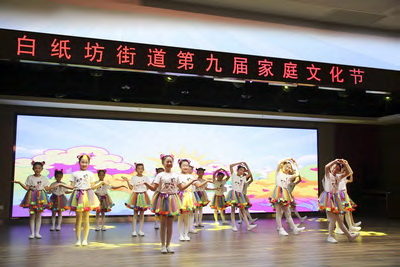 Baizhifang family carnival contained two sessions. More than 100 booths were set up and more than 1000 residents participated in. Youngsters sold their unused things and donated their income from the sale to impoverished families in Baizhifang.

As Baizhifang Sub-district’s brand event, the family culture festival has been held in nine consecutive years.