Xicheng District held "Celebrating the National Day, Striving for Realizing the Chinese Dream" theme park celebrations on October 1st and 2nd, to celebrate the 70th anniversary of the founding of the People’s Republic of China. Parks in Xicheng District have held various theme celebrations and exhibitions to tell stories about the development of China, attracting a great number of tourists to visit.

As a famous park featuring historical culture, Taoranting Park displayed time-honored brands and modern emerging brands to show the vitalization of Chinese brands and pass down traditional Chinese culture. In terms of landscape, the park was decorated with the theme of "Happy Life". Nearly 400000 flowers were planted or placed in the park, with a decoration area of more than 3700 square meters. 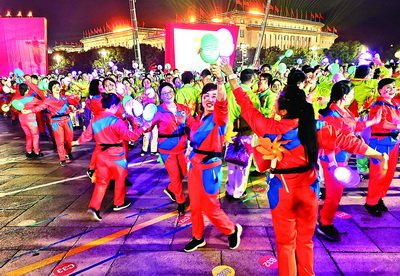 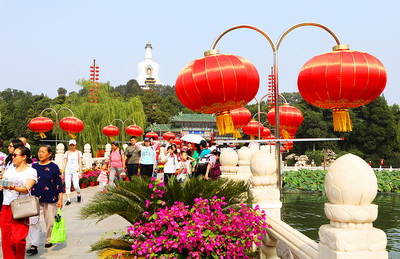 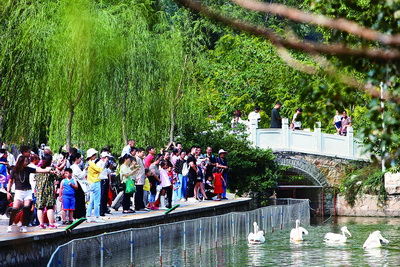 A tourist posed for photos with red lanterns. 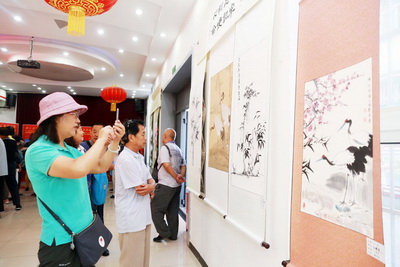 Guang’anmennei Sub-district held "My People, My Country" painting and calligraphy exhibition during the holiday. 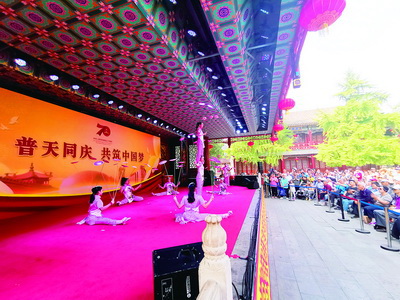 Theme performance was held at the Grand View Garden.